The ISOLPHARM project aims at the production of a wide set of high purity radionuclides for medical use, either for diagnosis or for therapy, according to the Isotope Separation On-Line (ISOL) technique, an accelerator-based method currently being implemented at the Legnaro National Laboratories of the National Institute for Nuclear Physics.  The ISOLPHARM project will, indeed, exploit the SPES Radioactive Ion Beams (RIBs) to produce high quality radioisotopes for radiopharmaceutical applications.

The ISOLPHARM Project was born from the collaboration between the Departments of Pharmaceutical and Pharmacological Sciences, the Department of Chemical Sciences of the University of Padova and the Legnaro National Laboratories (LNL) of the National Institute of Nuclear Physics (INFN) where the Selective Production of Exotic Species (SPES) Project is under development. By means of the Isotope Separation On-Line (ISOL) technique both traditional and innovative radioisotopes will be produced with high-specific activity, going beyond the state of art of the radioisotope production. 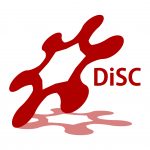 Department of Pharmaceutical and Pharmacological Sciences 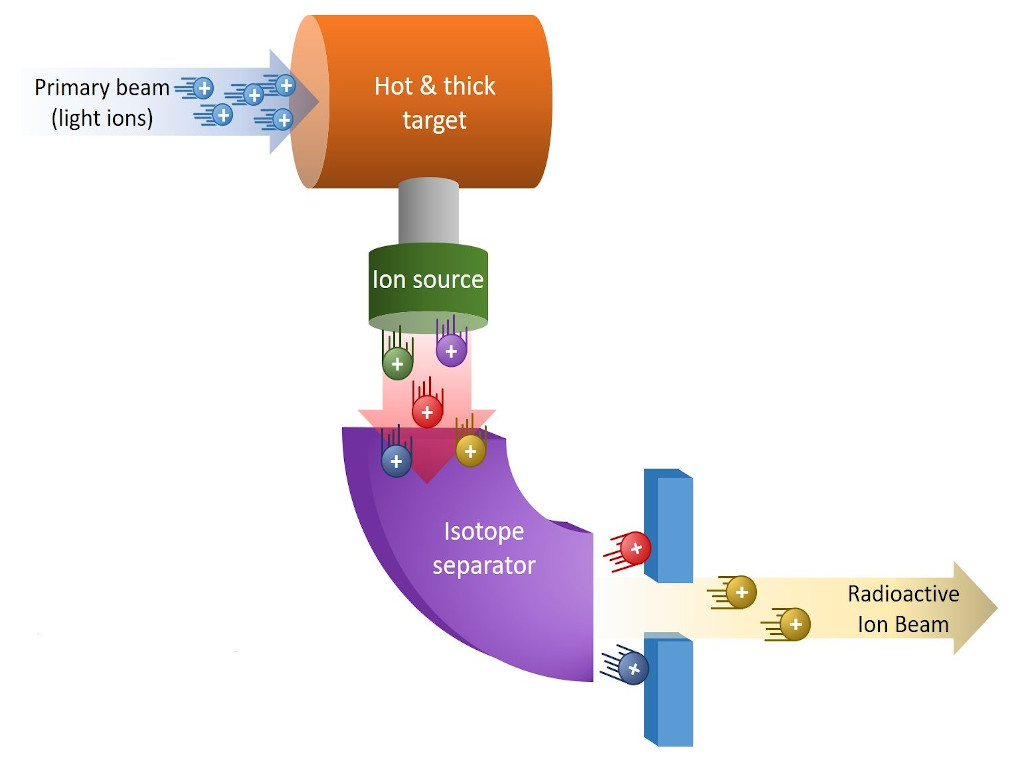 Radionuclides will be produced in a production target, by inducing nuclear reactions by means of a primary proton beam extracted from the SPES cyclotron (up to 70 MeV, 700 μA). The high working temperatures of the production target (up to 2200-2300 °C), will activate the diffusion and effusion processes, fundamental phenomena for the release and the consequent migration of the produced nuclei towards the ion source. Afterwards, a potential difference up to 40 kV allows the extraction and acceleration of a RIB. Mass separation will provide the desired single-mass nuclide beam (isobaric RIB) which can be implanted to on an appropriate collection target (ion beam trap). Since the collected isotopes are characterized by a single mass number, a subsequent chemical separation process will provide the desired single isotope of interest. The availability of such isotopes can potentially open the possibility of developing a new generation of radiopharmaceuticals, based on nuclides never studied so far, because of their production difficulties with traditional techniques. 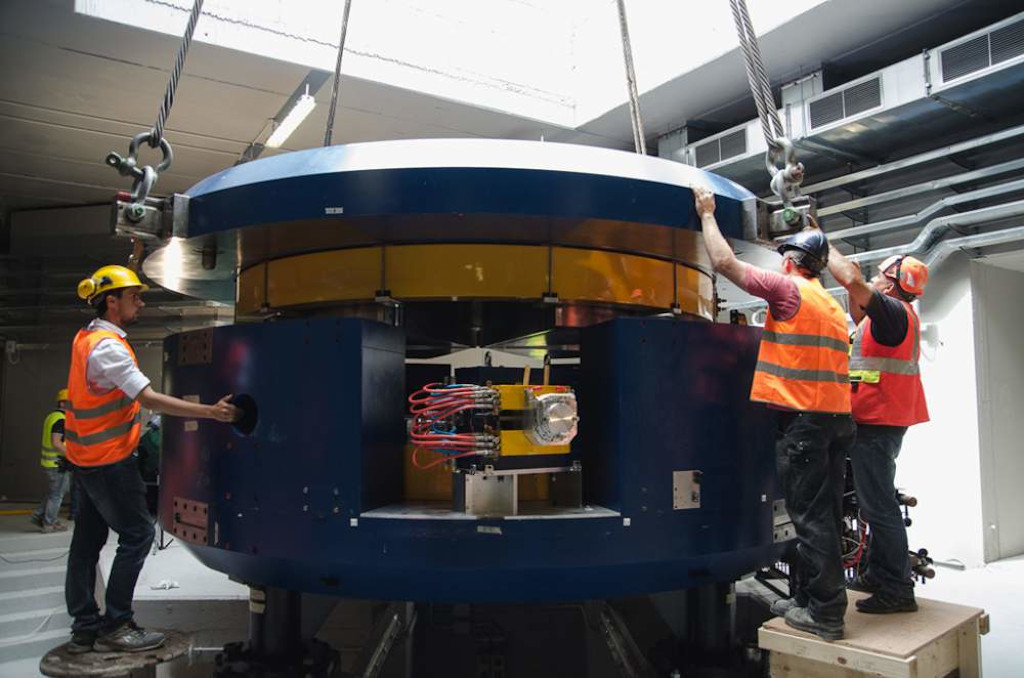 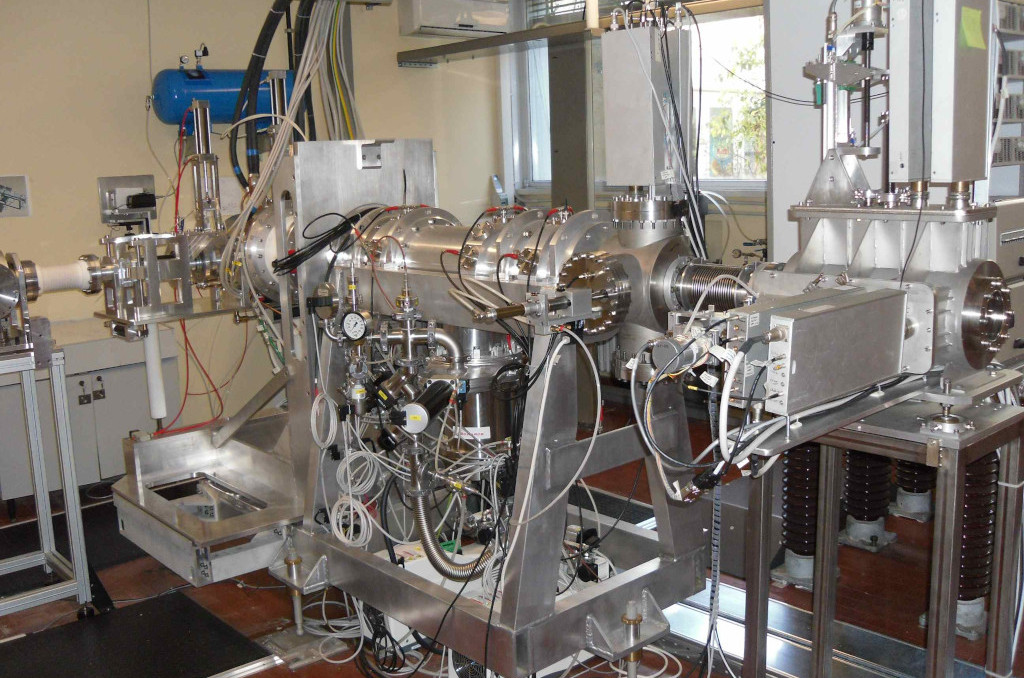 The intrinsic strength of the ISOLPHARM method is the presence of a mass separation stage. This step will produce an isobaric beam of the desired atomic mass, thus clearing away all isotopic contaminants. The produced isotopes are recovered on a beam trap, which is afterwards dissolved in an appropriate medium and purified in case of isobaric contaminants. 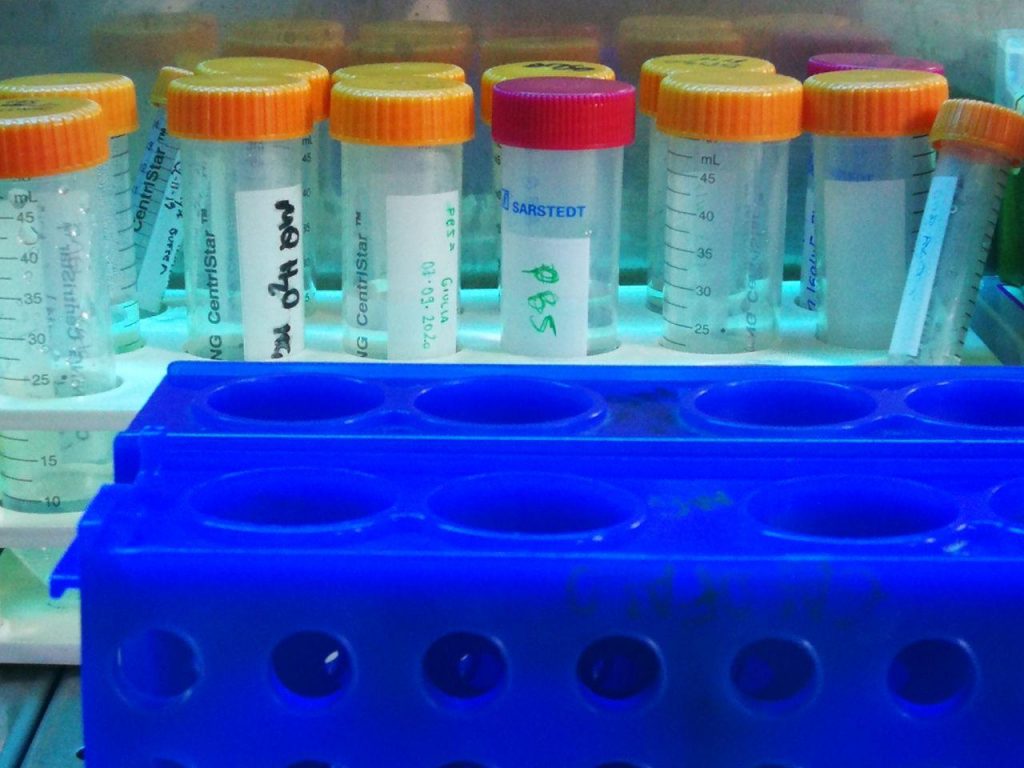